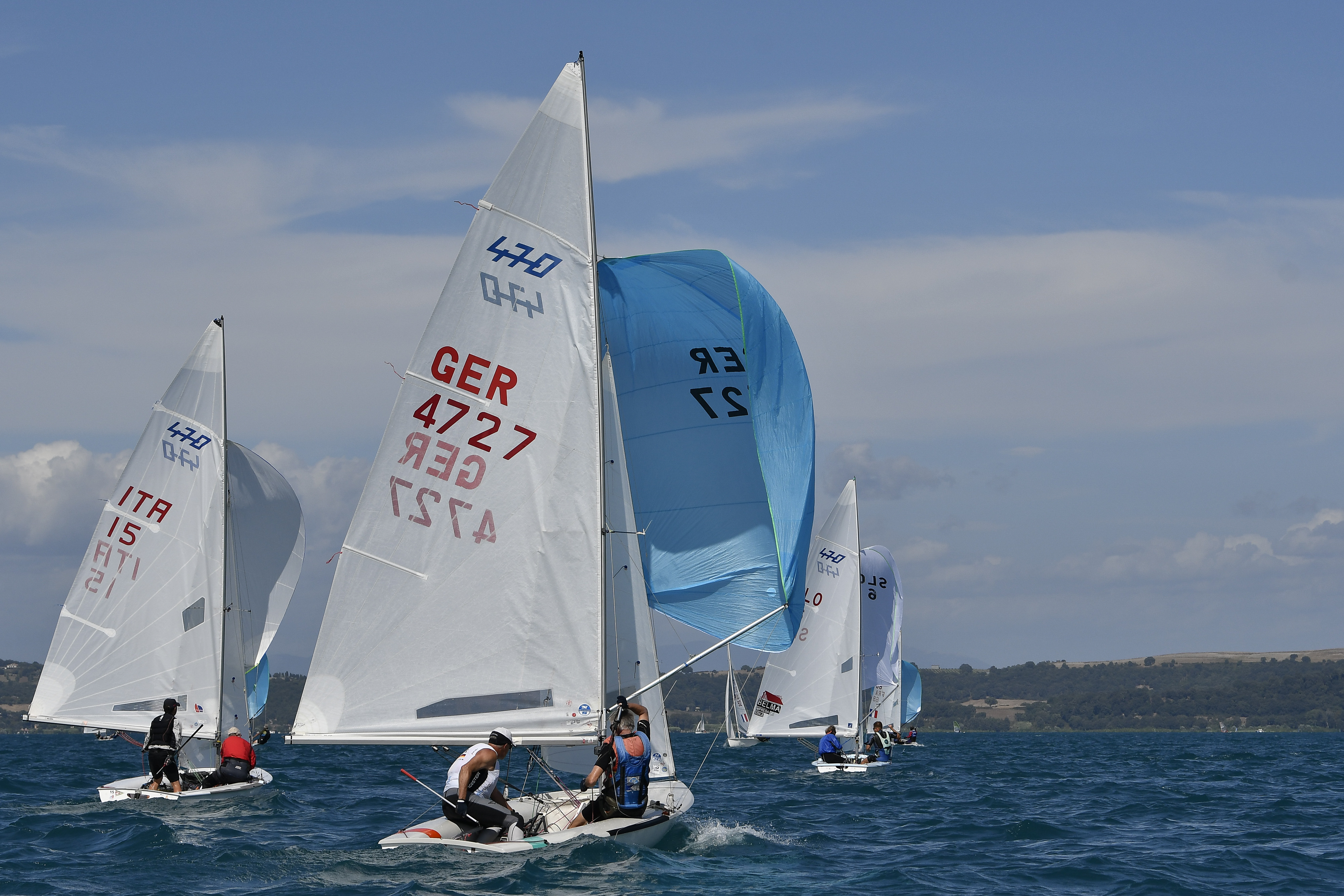 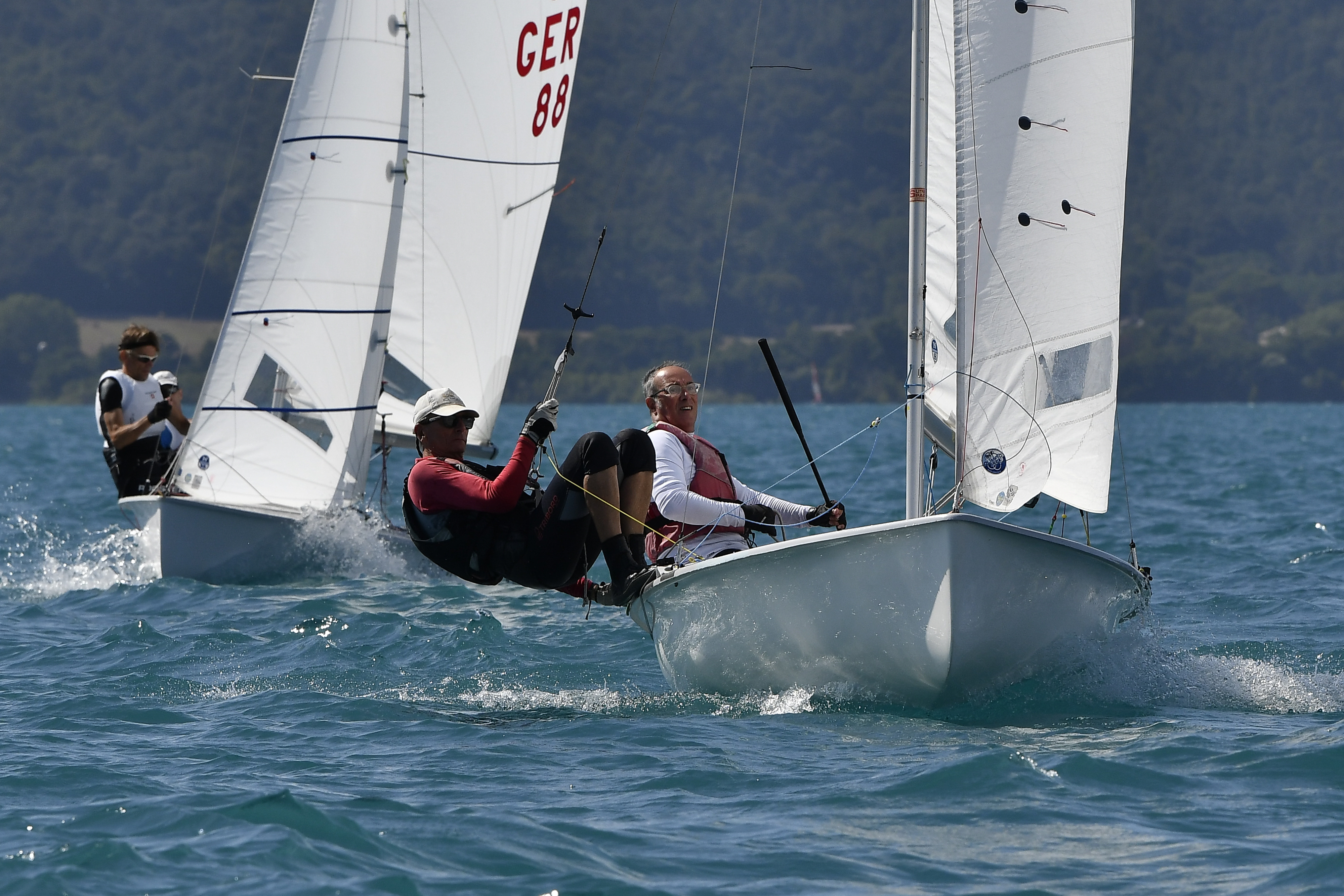 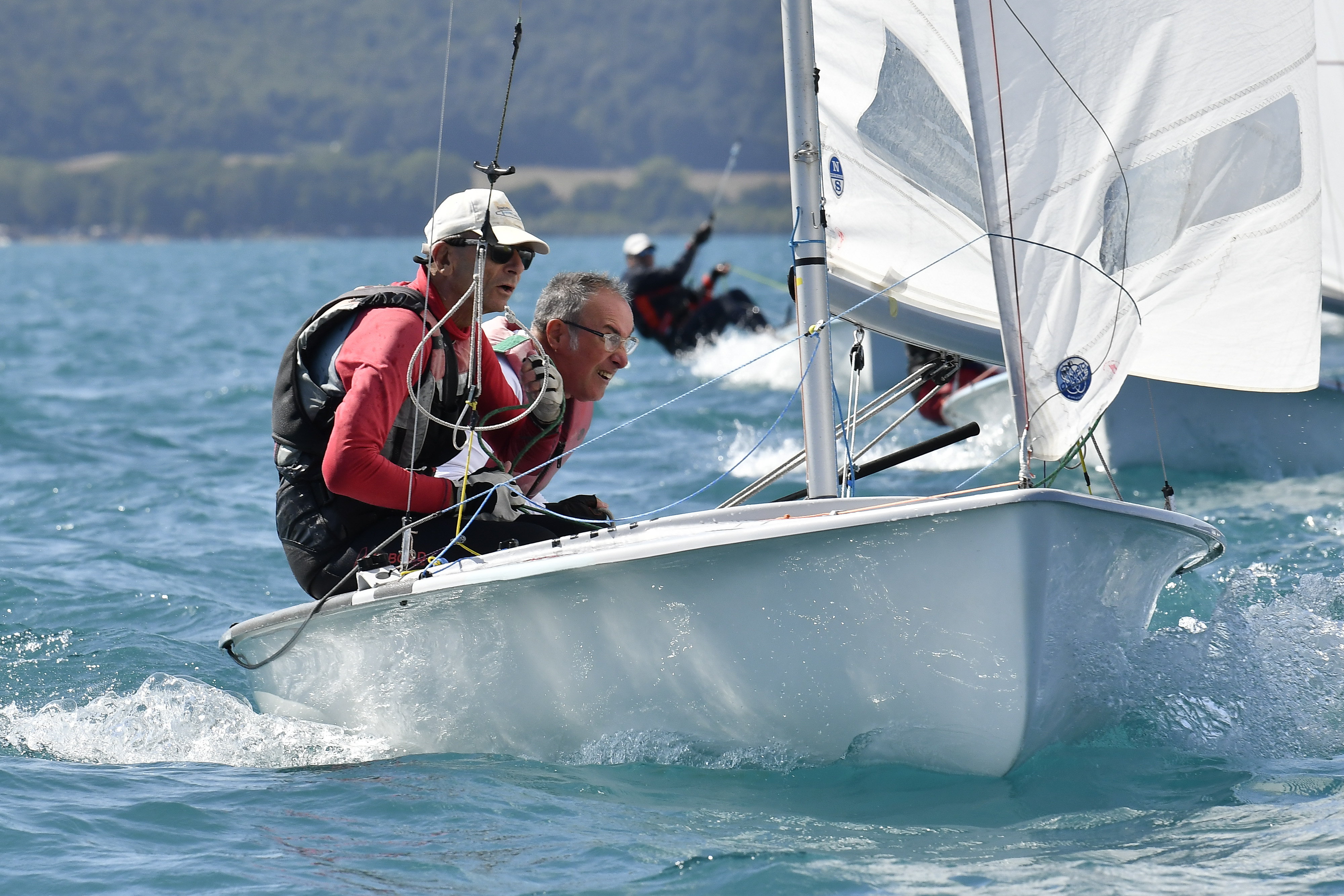 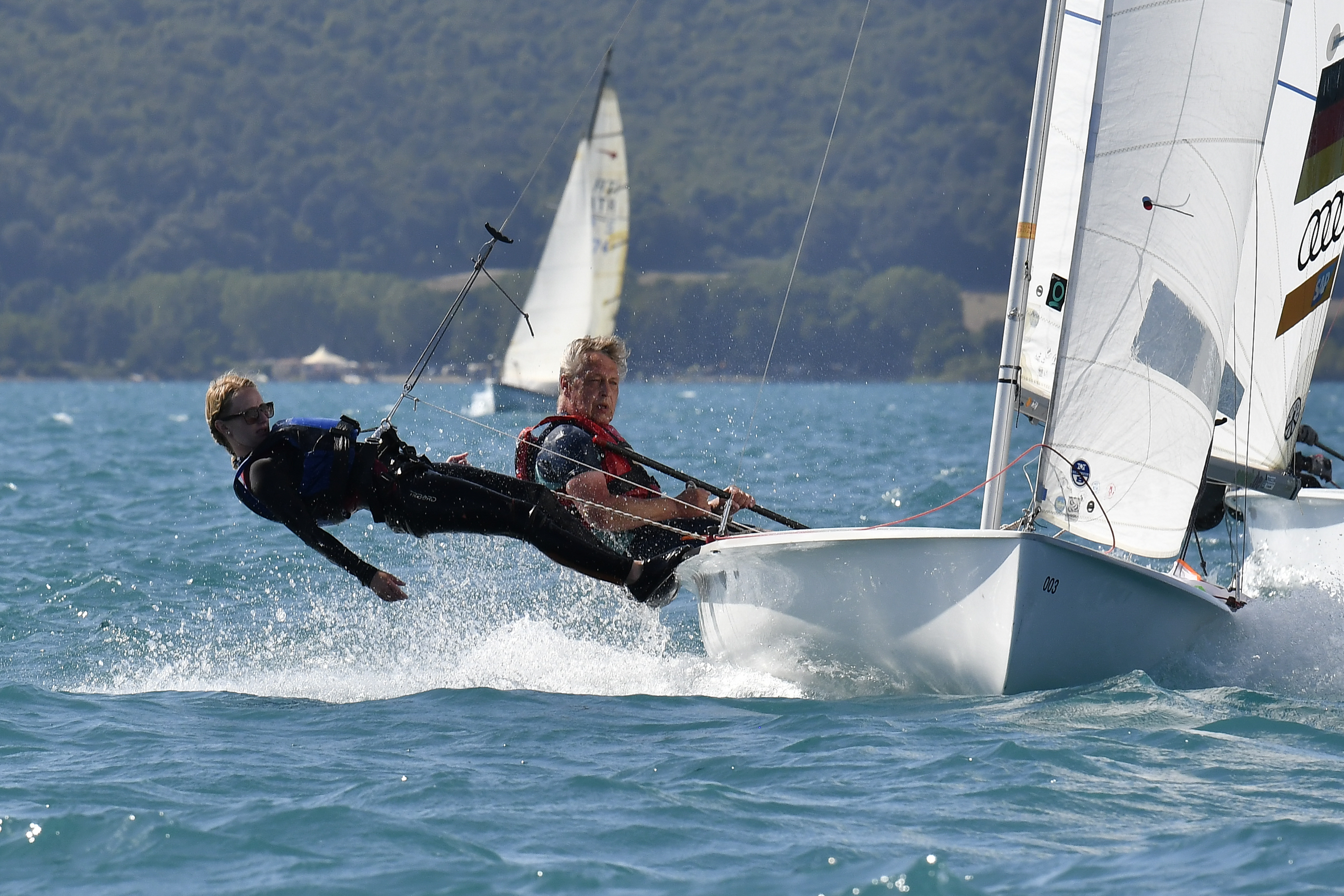 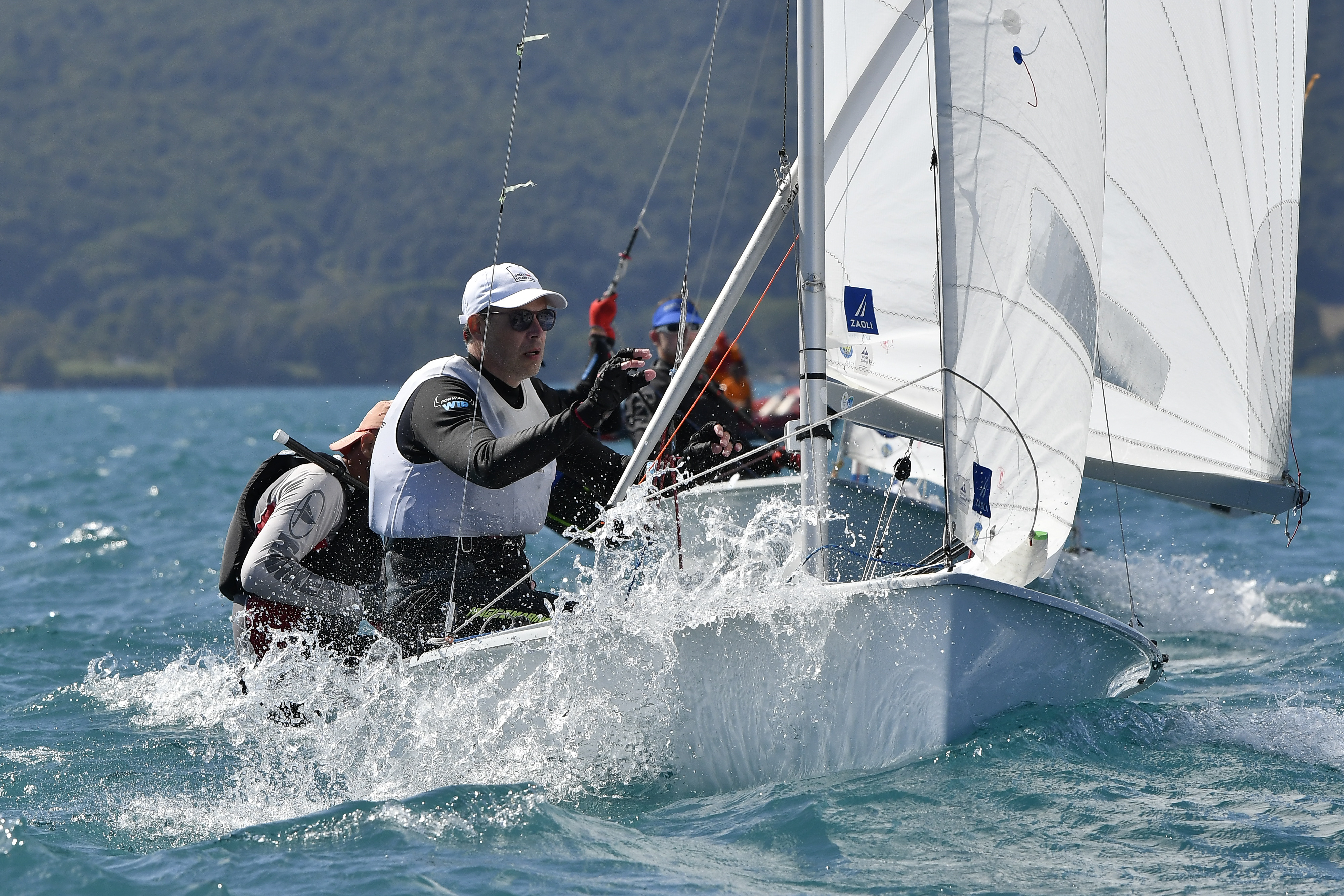 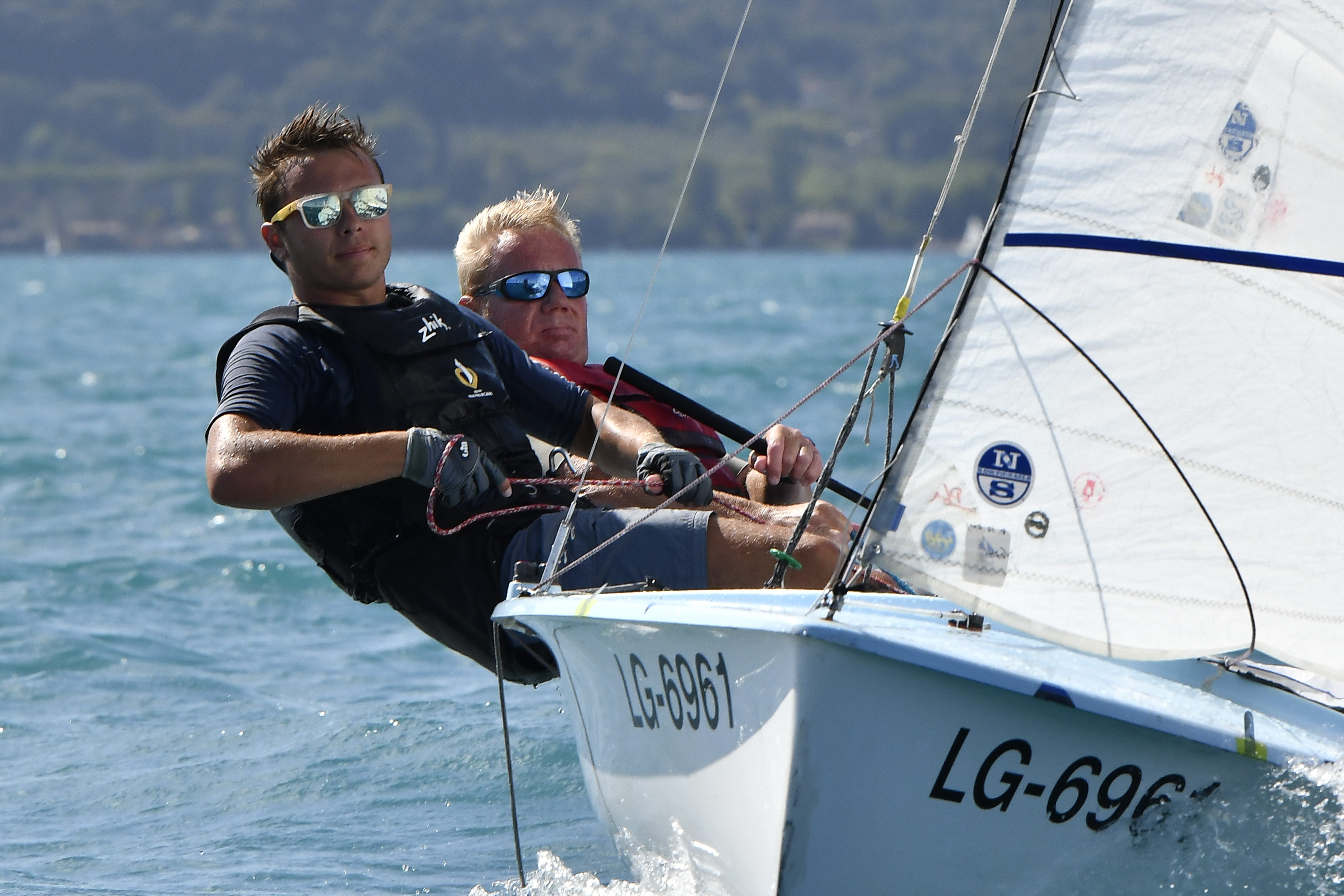 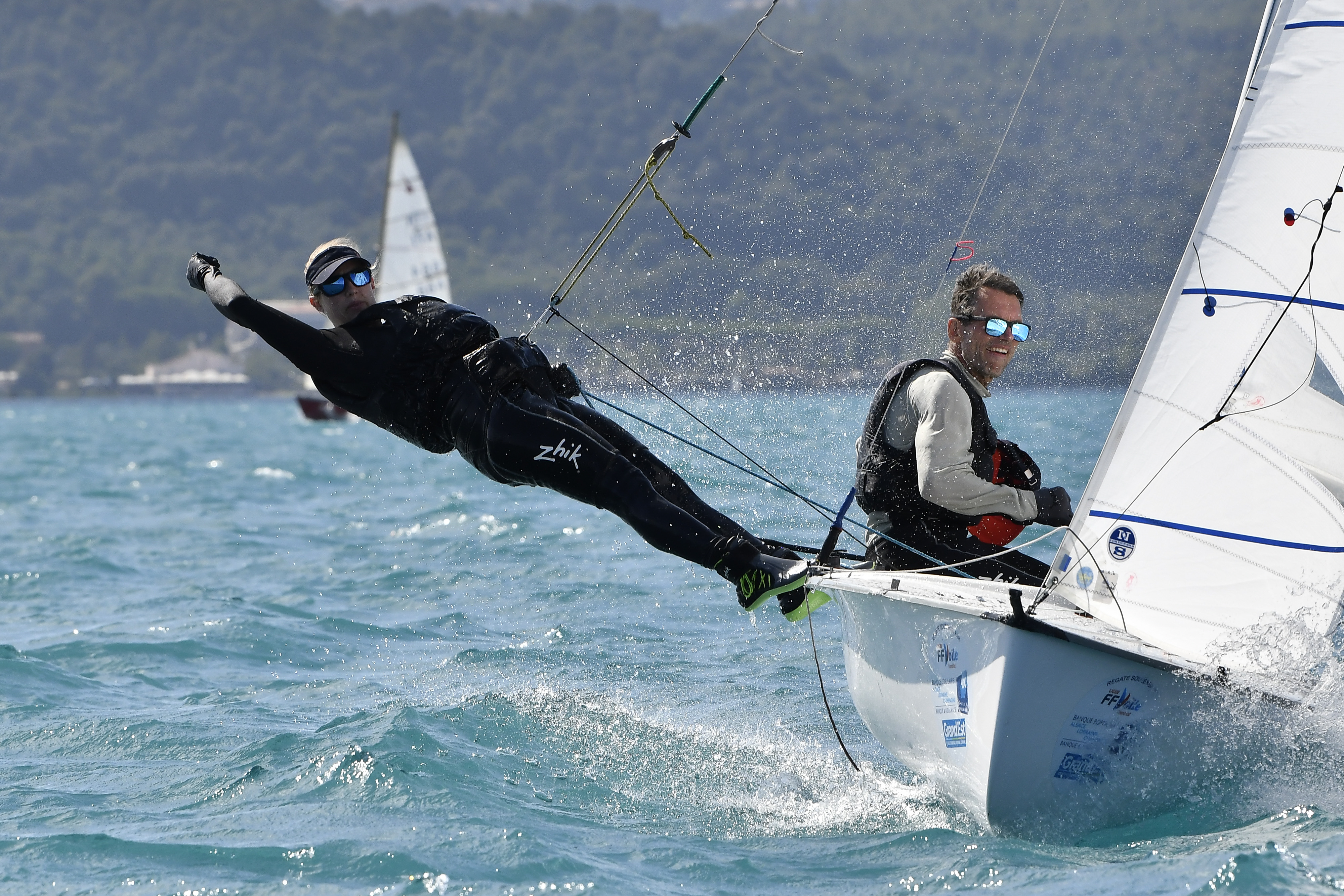 Today the weather conditions were excellent on Lake Bracciano, the afternoon wind stabilized at a constant 15 knots allowing the crews to challenge each other in the best possible way in the three races of the competition.

This news belongs to
2021 470 Masters Cup
ALL EVENT INFORMATION

Lake Bracciano has specific peculiarities regarding the wind because it is influenced by the proximity of the sea which is a few kilometers from the internal body of water that hosts the Championship. The local crews are well aware of that.

In the first race, after an excellent start by the Dutch, German and Italian crews, the wind allowed a tense race that led some crews to have to push the boat to the maximum in favor of the show. Keeping the lead of the fleet throughout the regatta, the Dutch NE55 crew of Benni Kouwenhoven and Jan Kouwenhoven crossed the finish line in first position ahead of the Swiss SUI1439 crew of Sandra Giovanoli and Stephan Zurfluh. Third at the finish line were the Germans of GER1439, Uti Thieme and FrankThieme.

A false start delayed the start of the second run which still sustained by the South West wind, saw a heated competition between the first crews especially in the first leg during which two main groups were composed and in the lead once again the Dutch crew who led the race smoothly to the end, crossing the finish line first. For the German crew of Frank and Uti Thieme this second race gave more satisfaction, managing to hold the second position during the race and holding it until the end. In third place the Italians of ITA4266 Marco Gianfreda and Giulio Pierpaoli were positioned who continue to give the guest crews a hard time.

Third very tense race in which all the crews gave their all, bringing the boats to the limit. This is evident by the intense battles at the various buoy turns and some minor damage to the boats, which however will not affect tomorrow’s participation. Still first on the finish line the Dutch of NE55 ahead of the Italians Gionfrida and Pierpaoli on ITA 4266, third the German crew of GER5082 of Uti and Frank Thieme.

Upon returning, all the crews confirmed their satisfaction and appreciation for the weather conditions and for the athletic commitment of all the participants with the hope of many to be able to do better on the fourth day of competitions.

Today we went very well, we managed to keep our expectations and we finished third in the first race in the second race and in the last third. They were good results, the wind was stronger than yesterday and it took more effort from us to sail even faster. Tomorrow we will do our best to have a better chance of winning.

Olympic athletes for the Dutch national team in 1992 in Spain and in 1996 in the USA The Kouwenhoven twins have restarted participating in the Master 470 competitions in recent years with great enthusiasm and competitiveness.

Today could not have been better we finished first 3 times, yesterday unfortunately it did not go well so today we recovered, and the wind was also in our favor with more wind. it was a beautiful day we liked it.

Here the wind is more changeable and therefore you need more technique and a good start to be able to be in the first places of the fleet, the strategy was to press on the center or to choose one of the sides from the beginning and play the currents and the strengths of the wind.